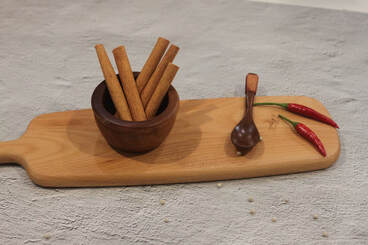 CASSIA/ CINNAMON
​
Cinnamon is best known as a spice, sprinkled on toast and lattes. But extracts from the bark of the cinnamon tree have also been used in traditional medicine around the world.
There are many types of cinnamon, but darker-colored cassia is the one most commonly sold in the United States. Ceylon cinnamon, also known as true cinnamon, is frequently found in other countries.
Cassia is the bark of the tree which is used as a spice. It’s more of a reddish brown in color and has a more coarse texture, with a stronger, yet more bitter flavor.

Vietnam is one of the best sources for high quality cassia.  Compared to cassia from Indonesia and China, Vietnam cassia has higher oil content.
Our main kinds of cassia  are split, whole, stick, broken.